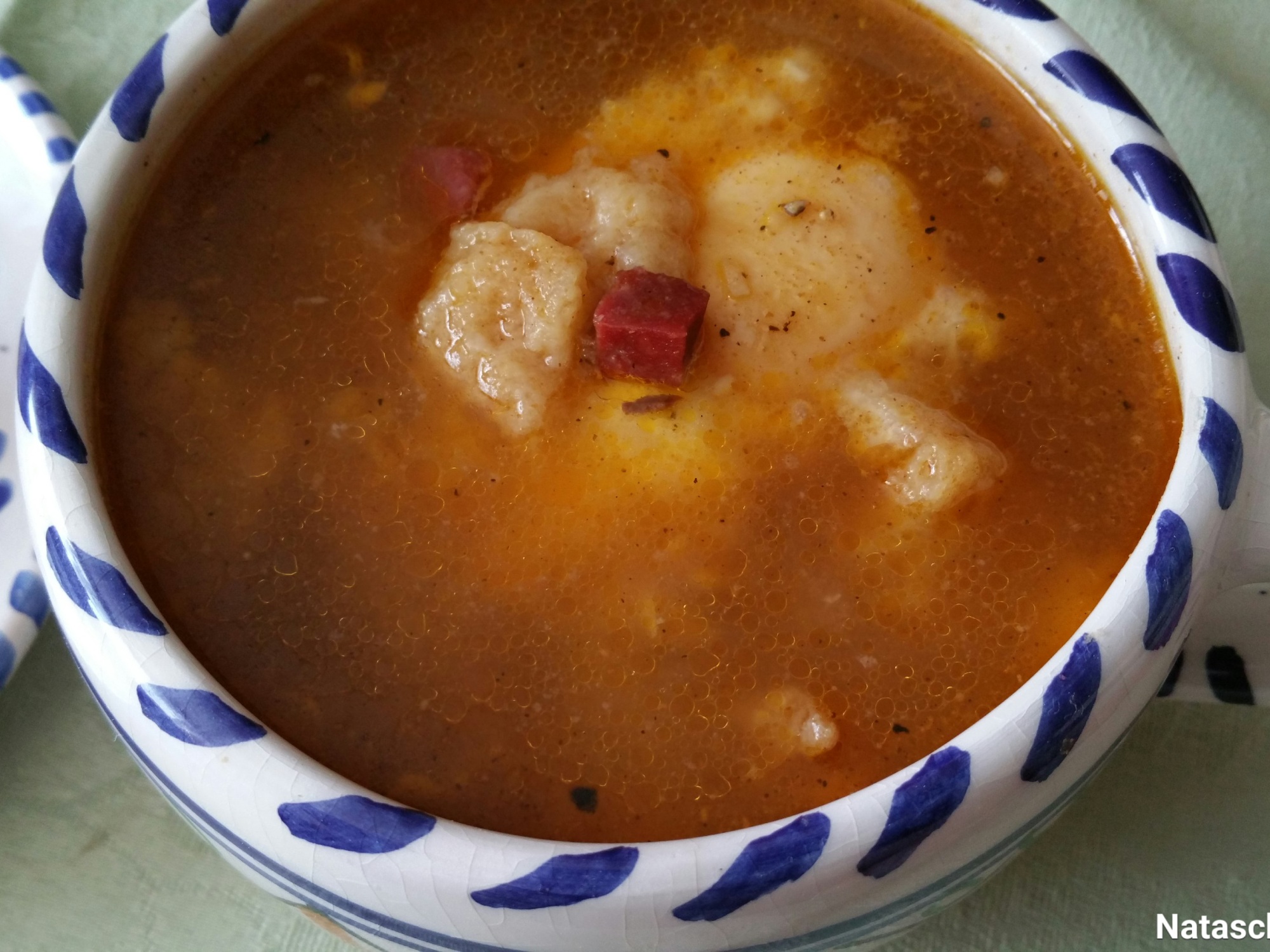 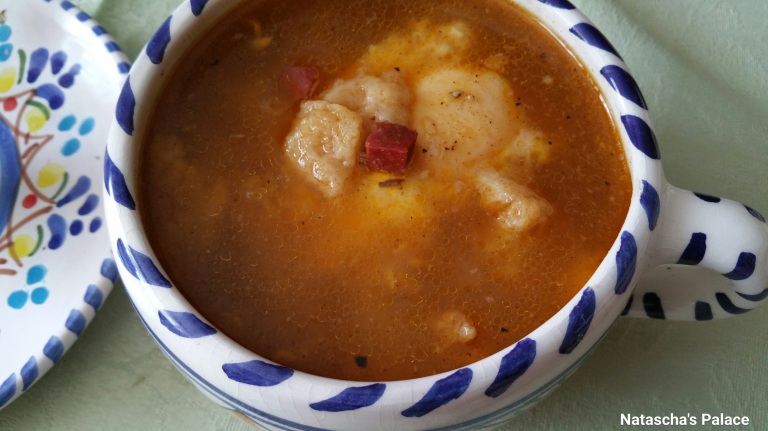 When I first came to Spain, more than ten years ago, there was a smell of a particular dish that I will always remember. I remember it because while taking the lift to my flat I would smell it coming from the neighbour´s homes. Or I would be walking down the street on a cold day and catch a whiff of something wonderful. There was a spice that I could not identify. A spice that I was not familiar with but smelled incredible. I first came to Spain in December and so I always associated the smell with a warming and satisfying dish. I never discovered what that smell was until many years later, about a month ago in fact. I was visiting Segovia for the first time and it was a sunny but cool day. We happened to visit in a moment when there was no cold, heavy rain. Segovia is famous for many reasons but the most famous reason is for its Roman aqueduct which was most likely built around the first century A.D. It is an impressive and stunning sight! 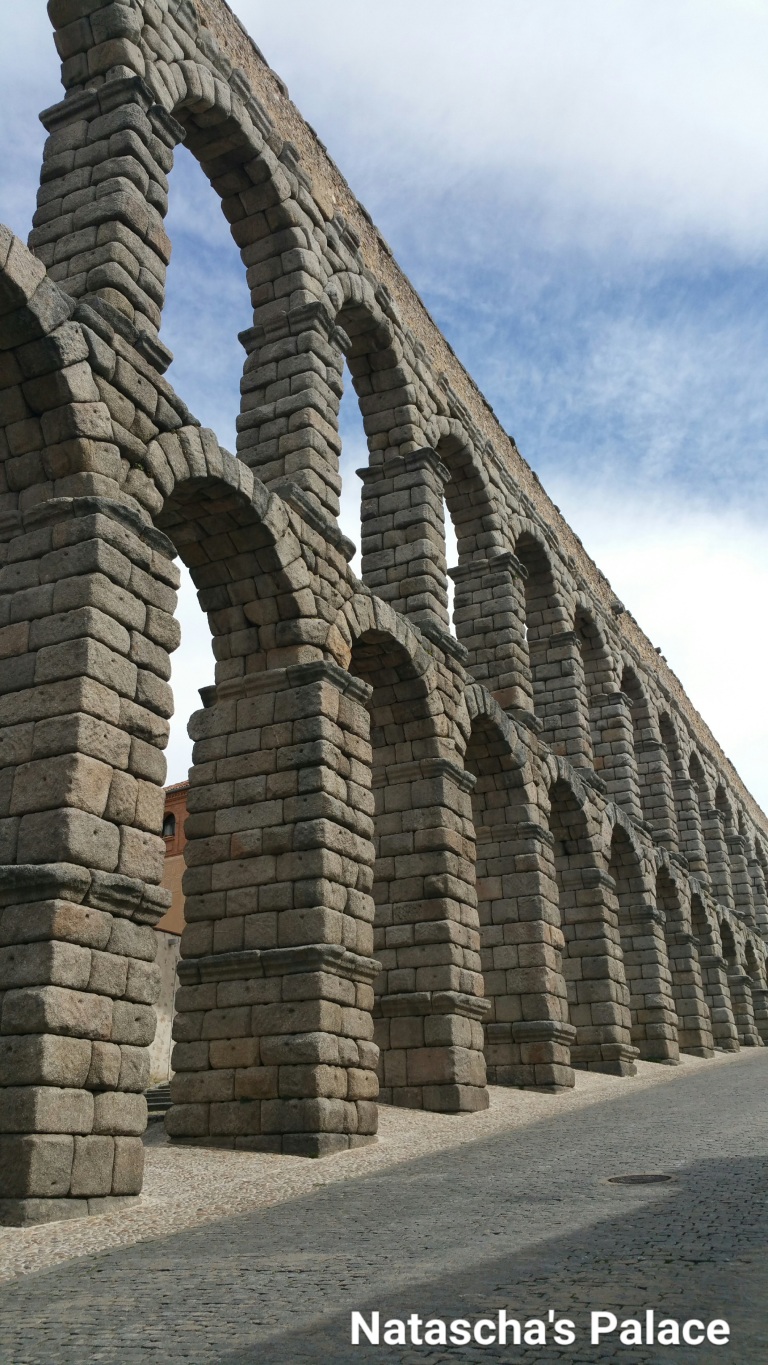 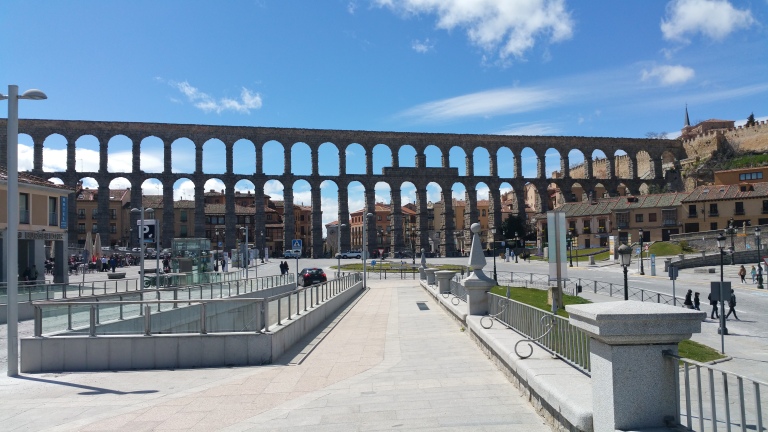 While we were there, we stopped by a restaurant that was directly in front of the aqueduct. It was not a restaurant accomodated to tourists, offering the typical paella. It was a restaurant specialising in Segovian dishes. I could not wait to go in! 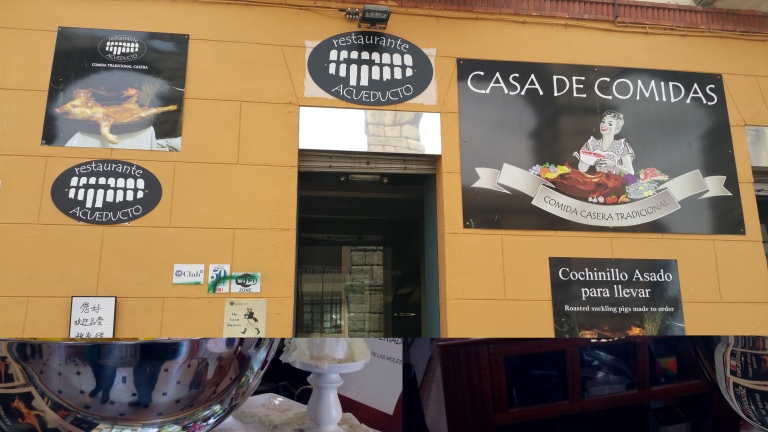 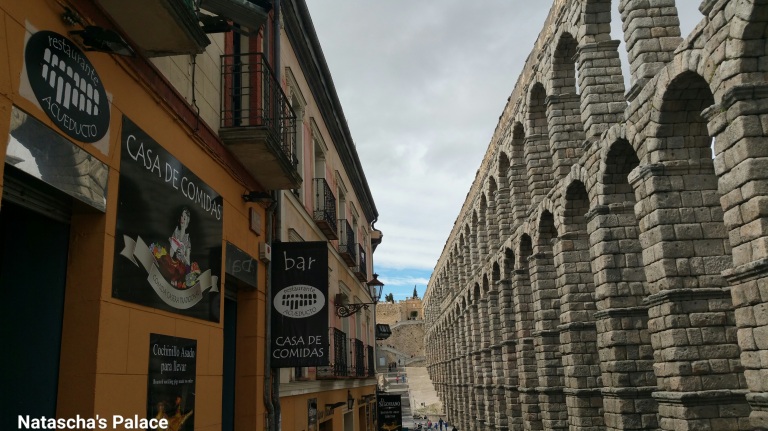 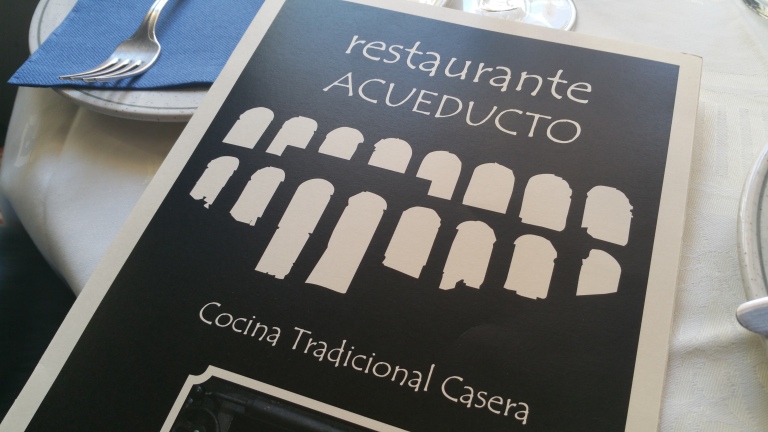 The inside was even more inviting than the outside! 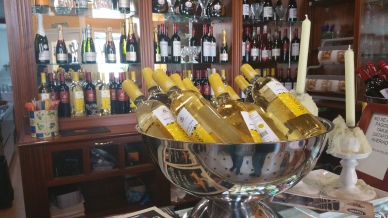 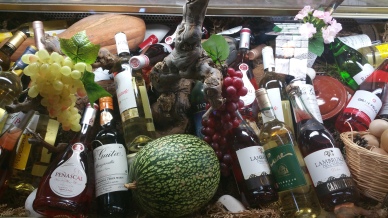 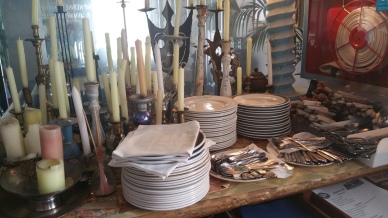 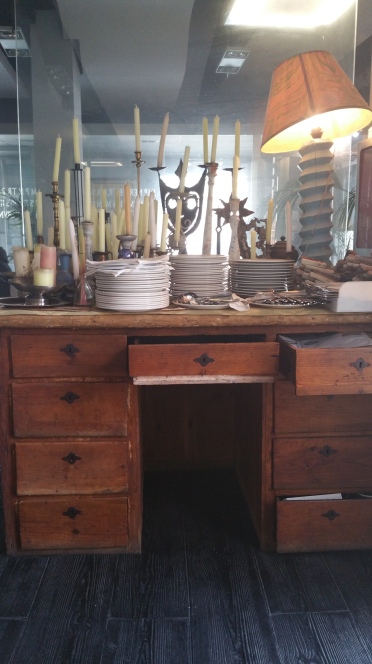 Something to remember about Spain is that lunch or dinner always comes in courses. There is your starter, your second dish, your main dish and then dessert. Your starter could be a light salad, your second dish a soup, you main dish meat, poultry or fish and your dessert is often fruit. On this day I ordered the sopa Castellana and as it arrived, the smell that I remembered all those years ago came back. I could not believe it! I was with my mother in law and my husband and I asked what the smell was. They said that the spice was sweet paprika. The soup was excellent and it had chorizo in it. 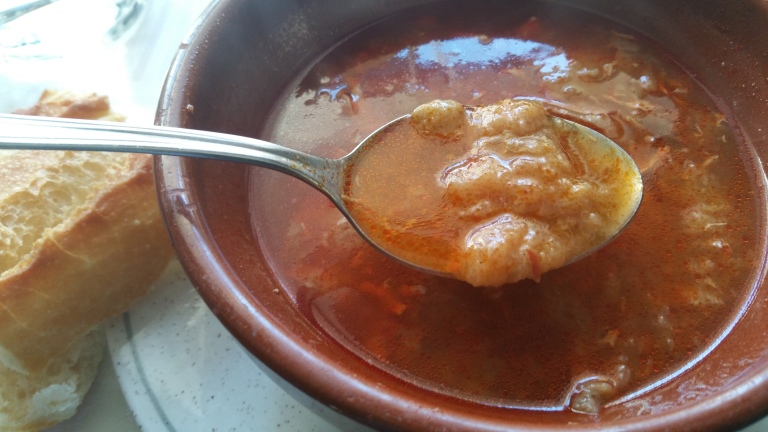 The ingredients are surprisingly simple and it is even simpler to make it. My husband is not wild about chorizo but my mother in law told me that you can easily make a great sopa Castellano without it.  I  decided that I would  find a good recipe and try it.

Before trying the recipe, I learned a bit more about it.

Sopa de Ajo (garlic soup), or Sopa Castellana as it is also known, is another Spanish dish with humble origins. It was the Castilian shepherds who are responsible for creating it when they had to traverse long distances and needed a dish that would not only warm them up in the cold winter nights, but also give them a lot of energy at once.

As a popular dish, it has suffered some evolutions and changes over the course of time and as such, it has many variations. Nevertheless the basic recipe still remains: water, old bread (usually leftover bread from the previous few days) red pepper, garlic, olive oil and spices.

Even though it’s genesis took place in Castile, sopa de ajo is consumed all over the country. It has been a typical lunch for many years, and sometimes eaten a couple of hours after breakfast, with an egg or two inside which cook with the soup’s own heat. This may sound a bit gross but in fact it is believe by some experts to be a great hangover cure!

Well, I made this soup the other day and my husband told me it was the best Sopa Castellana he has ever had! Perhaps I should be posting this when the cooler weather is beginning rather than ending but I am a fan of soup at any time and with allergy season being rampant, this is a very comforting dish. And it is EASY! You can add eggs or omit them, it is up to you. But I have to say, they are wonderful in this!

4 eggs (Craked in a bowl and try to keep them whole. That is to say, try not to mix them)

Put two tablespoons of olive oil in a medium sized pot and heat on medium heat. when it begins to smoke, add the garlic and sauutee for several minutes. Add the bread, a dash of salt and cntinue sauteeing for several minutes. Add the ham and sautee for one minute more. Add the paprika and sautee a minute more. Pour in the broth. When it comes to a boil, carefully pour in the eggs and do not stir so that they don´t break. Lower the heat and leave for ten minutes so that the eggs can solidify. Serve immediately and enjoy this simple and delicious soup! 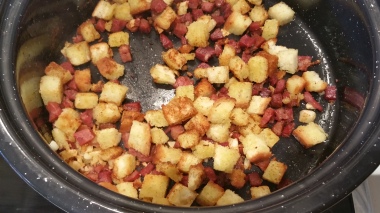 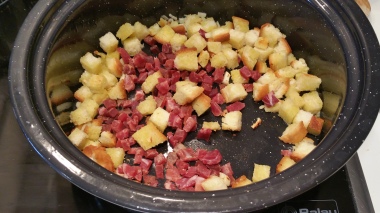 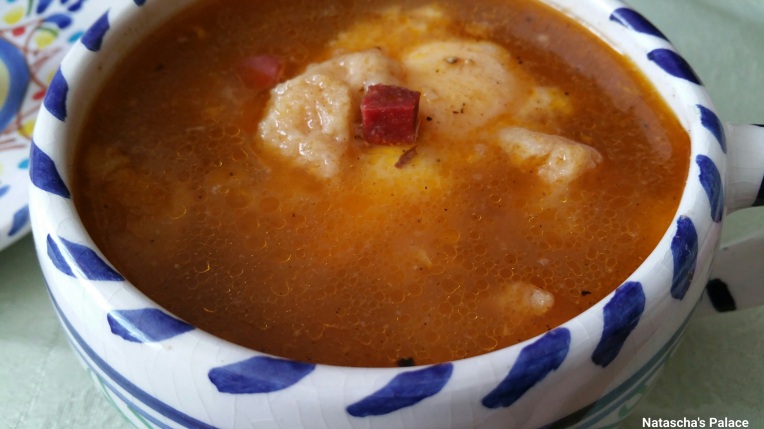