This week´s recipe in my cooking group Cookthebookfridays is the Croque Monsieur. Before getting started on it, I decided to make my own bread for the occasion as well as to learn more about the recipe´s history.

First, let´s start with the bread.  I will briefly tell you that bread is not as hard to make as it seems and once you get the hang of it, it is a lot of fun. The smell of bread baking in your house is truly wonderful.

Want to know more about this recipe? Check out my post here.

And now some history! First lets us start with the sandwich itself and then with the Hollandaise sauce, which originated in the Cordon Bleu in Paris.

The tale of the sandwich’s creation dates back to the year 1901 and a Paris brasserie on the Boulevard des Capucines.  Having run out of baguettes for the restaurant’s sandwich of the day, the chef took a loaf of pain de mie (similar to American sandwich bread), sliced it, placed ham and cheese between the slices and baked it to crispiness.

This tale even includes how the name croque monsieur came about. The name is derived from the crispy bread of the sandwich (from the French verb croquer, which means “to bite,” and from a casual comment from the brasserie’s chef about the origins of the ham in the sandwich. When asked by a customer about the meat, the chef reportedly gestured toward another customer—likely the neighborhood butcher—and replied “C’est la viande de monsieur (It’s that guy’s meat).” And voila–le croque monsieur.

However the croquet was invented, the sandwich was referred to by name for the first time on a Parisian cafe menu in 1910 and its first mention in print appears in Proust’s 1918 work In Search of Lost Time. A Parisian Cafe in the 1900´s courtesy of Pinterest.

It was not the only time that Marcel Proust mentioned  food in his writing. He also wrote about madeleines.Want to know what he wrote about them?Check out my previous post on Madeleines here.

I also discovered other versions! Wow! I decided to make the Croque Madame (not listed below) which is the same as the Croque Monsieur but there is a fried egg on top!

Versions of the sandwich with substitutions or additional ingredients are given names modelled on the original croque-monsieur, for example:

The noted French chef Jacques Pepin also makes a version using chicken instead of ham,[10] which he demonstrated in the “Our Favorite Sandwiches”[11] episode on the PBSseries (and its coordinating cookbook of the same title) Julia and Jacques Cooking at Home in which he worked with Julia Child.

Now just a bit about the Cordon Bleu, which is really interesting!

The Cordon Bleu was started in response the needs of the upper class women in Paris in the 1900´s. It was noted that husbands spent more time away from home in order to enjoy good food.  So,  Marthe Distel decided to publish a cooking magazine, ¨La Cuisinière Cordon Bleu¨and to provide cooking demonstrations so that women could be able to cook for their husbands.Great chefs came to the school to teach students and this contributed  to the renowned reputation of the school. As a result, students from a variety of countries were enrolling in classes as well as our very own  Julia Child in 1950. 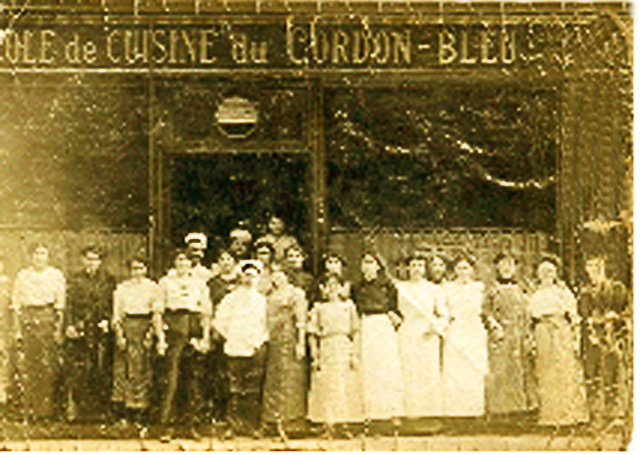 And now for the recipe! I told my husband that I was making them and  he was quite enthusiastic. He told me that  when he was studying in Paris, he used to eat these every day because they were cheap and cheerful! So, that was a good way to start making this. I made it knowing that it would be great but I did not expect it to be fantastic! We loved them! I used a Spanish cured ham and a good quality Gruyere. Here are some photos to show you how easy they are to make! 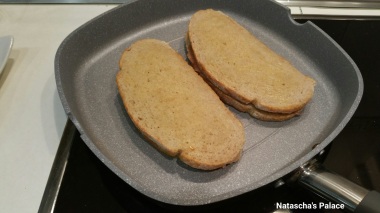 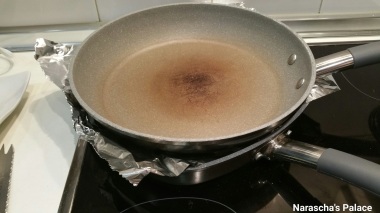 I cannot publish the recipe but I found a great one for you here if you don´t already have David Lebovitz´s cookbook My Paris Kitchen . I am also including a recipe for Hollandaise sauce just in case! 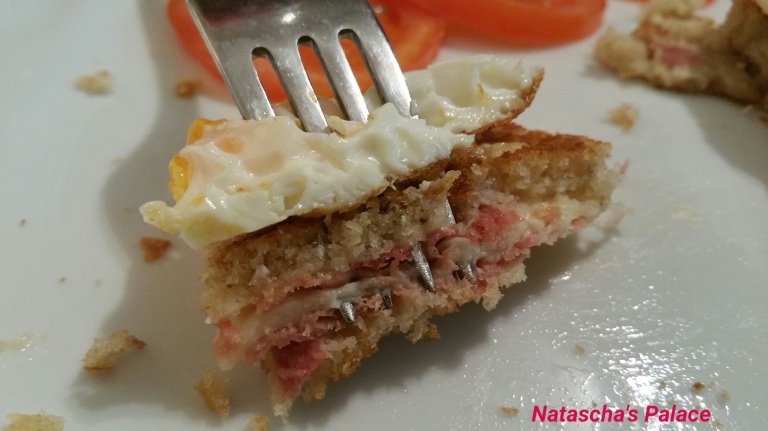 I would definitely make this again! It is great for breakfast, lunch or dinner! If you have doubts about making this, all I can say is that you should neither underestimate the satisfaction a good sandwich can give nor the ability of what the French can do in the field of the culinary arts!

37 thoughts on “Croque Madame: Taking sandwiches to a delicious level!”